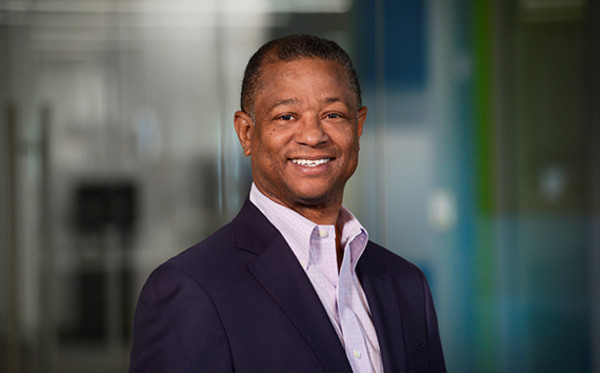 A Conversation between Ted Love and Nancy Simonian

The events of 2020 have called into stark relief the systemic racism, including disparities in healthcare, plaguing our nation. In the first of what we hope to be an ongoing series of talks focused on understanding and confronting these racial inequities as a company and an industry, Ted W. Love, M.D., CEO of Global Blood Therapeutics (GBT), shared his insights and experiences in a fireside chat with Syros Pharmaceuticals’ CEO Nancy Simonian, M.D.

A leader in the field of sickle cell disease (SCD), GBT recently won FDA approval for its first-of-its-kind oral medicine to treat the disease. While the genetic mutation causing SCD has long been known, investment and research into new therapies have lagged, in large part because SCD disproportionately affects African Americans. Last year, Syros and GBT entered into a collaboration, with the aim of delivering the next generation of oral medicines to provide a functional cure for patients with SCD and a related blood disorder known as beta thalassemia.

As the CEO of GBT and one of a small number of Black CEOs in the biotech industry, Ted offers a valuable perspective on racial inequities in our industry, healthcare, and our society.

Nancy Simonian: Ted, thank you for taking the time to talk with us. To start, would you tell us a little bit about your background?

Ted Love: My background is fairly unusual in biotech. I grew up chopping cotton and bailing hay on a farm in Alabama. Because I was born in 1959, I was in segregated schools through the fifth grade. George Wallace, a staunch segregationist and notorious racist, was Governor of Alabama so there was a ton of racism there. One of the advantages of going to segregated schools is that my teachers did not think they were better than I was. In retrospect, that was a gift that I didn’t appreciate at the time. I also had parents – who were not well educated, they had fourth and sixth grade educations – who provided a lot of love and support.

I loved school, I was a good student, and I gravitated to math and science. Between fifth and sixth grade, my school was integrated. I remember my Black teacher coming to me and saying, “Next year, you won’t be the smartest kid in your class.” That stuck with me for two reasons. I didn’t think I was the smartest kid in my class, and the next year, I was still a good student. There were students of different races, some good and some not good.

NS: What drew you to medicine and to the biotech industry?

TL: Growing up in my situation, there weren’t a lot of images of what I could do. But in the south, if you were Black, you had a Black doctor. Our family doctor was caring, smart, extremely respected in my family and the community, and he made a good life for himself. By the time I was 10, I had decided I wanted to be like him. I wanted to use my background and fascination with science and medicine to become a physician and help my community.

After studying medicine at Yale and Harvard, I was a practicing cardiologist for seven years before I made the jump to the biotech industry.

NS: What role do you think race versus socioeconomic factors play in inequities in our society?

Race is a social creation. Slave owners had to believe Black people were different to justify selling, owning, abusing, raping and killing them and still believe they were good people.

After slavery, there was a period of reconstruction during which African Americans did extraordinarily well. Black communities were growing, doing well academically and in business.

Racist ideas exist because of a protracted effort to ingrain them into the minds of Americans. The 1915 movie, Birth of a Nation, which openly encouraged the KKK and brazen stereotyping of Black people as stupid and dangerous, was the first movie ever shown in the White House. By criminalizing Black people, you could strip them of their rights under the Thirteenth Amendment. From the Jim Crow laws to the “War on Drugs,” this country has socially engineered policies that promote poverty, poorer schools, and aggressive policing in Black communities.

We have created a mess and it’s costing us enormously in money – and in lost opportunities, because we are systematically telling Black people that they’re not going to amount to anything. When I was growing up, I was taught the same stuff. We were all taught this. I made it through the maze, but we are chopping up so many people and their talents are left rotting on the vine.

NS: Confronting this history is so important to understanding why we are where we are and how we begin to bring about real change, and yet at least when I was in school, it wasn’t taught.

TL: I think conversations like these are how we are going to save ourselves. We have to start by admitting that we have a racism problem. We should all say we aren’t going to subscribe to this hate-filled society anymore. It’s not good for any of us, and we are going to fix it.

NS: We’ve seen this systemic racism play out in healthcare, creating disparities that are on full display right now with COVID-19. In an earlier conversation we had, you talked at length about the Black community’s distrust of the healthcare system. Could you share some of that here?

TL: There are egregious historical incidents. In the Jim Crow era, the bodies of Black people – male and female – were dissected and displayed publicly. Beginning in the 1930s, our government conducted the Tuskegee Experiment. Black men were infected with syphilis and told they were being treated, but they were not. Treatment was withheld so the natural history of the disease could be observed. This went on into the 1970s. That is not that long ago.

Every day, Black people go into the healthcare system and have experiences where they’re treated as stupid or inferior. There is data showing that physicians are less likely and slower to prescribe pain medicine to Black people. Yet, many physicians get defensive when they hear that Black patients experience racism. I’ve been in healthcare and have seen it myself, but people don’t want to own up to it. Black people see this and say, “You’re in denial.” That never leads to building trust because you can’t solve a problem until both sides acknowledge it exists.

NS: How do you see this issue playing out within the SCD community in clinical trial participation and in access to care?

TL: These issues have an enormous impact on clinical trial participation, in part because of the lack of trust. But it goes beyond that. Data show that the same physician is less likely to offer a clinical trial to a Black patient than to a White patient. This must be racism because there is no other explanation. Something in the doctor’s head prevents him or her from offering the trial to a Black patient. Some of it happens at a subconscious level, but it is insidious and pervasive.

Just acknowledging the problem can go a long way to building trust. I received an email from a physician telling me about an interaction he had with the father of a pediatric SCD patient. The father didn’t want routine vaccinations for his child because he didn’t trust the description of why the child should have them. Rather than pressing the vaccine issue, the physician had an open discussion with him about distrust. He said, “I’m aware of the historical experiments and police patrolling of Black communities. I know this stuff happens.” In the end, the father decided to vaccinate his child because he believed the physician had his child’s best interests in mind.

NS: How can we build trust within the Black community, as companies and as an industry?

TL: Physician education is definitely important. The doctor I just mentioned asked me whether GBT would fund an educational program to help other physicians have those difficult but authentic conversations with their SCD patients and families.

We also need to show a commitment to the community, and not just when we need something from them. At GBT, we’ve consistently gotten involved in the SCD community. We attend their walks and events, provide nutritional packets, and distribute blankets – because SCD patients often feel cold. We did that before we started our studies.

Then, as we started our studies, we engaged with patients to get as much data as we could about barriers and how to address them, and then we invested in solutions. Some of the issues were about trust. But a lot of practical issues came up as well. Some patients had to take three buses to get to a healthcare center. So, we said ok, we are going to provide Ubers.

NS: What can we do as companies and as an industry to address systemic racism in our society?

TL: We have a responsibility to try to correct some of the historical wrongdoing. I know our employees at GBT feel that way, and I’m guessing people here at Syros feel that way too. As a company, we have committed to annually supporting the Equal Justice Initiative (EJI), an organization that is doing tremendous work around racial justice and criminal justice reform. We are cultivating a list of pre-screened programs that our employees can confidently engage in.

NS: How can we build more diversity within our companies and on our boards?

TL: At GBT, I think we’ve been a little bit lucky but also intentional about this. More than half of our employees are women, and a majority are people of color, including Black, Latin and Asian people. Our mission around SCD probably attracts more people of color. We also worked really hard to build a reputation as the place you want to be. We’ve been very intentional about creating a culture where any good, talented person will feel welcome. And it builds on itself: once you have one person of color, that person calls upon their own network to bring in others.

I would suggest recruiting at historically Black colleges. They produce outstanding people but are largely untapped by biotech.

Early on at GBT, we discussed making our board more diverse. At first, we went looking for people with the traditional biotech pedigrees, but I knew that wasn’t going to work because the pool of candidates consisted of me and just a couple of others. Instead, I suggested Deval Patrick and Willy Brown. Patrick is a former governor and has been the general counsel of Fortune 500 companies. It was a brilliant decision. He’s been a phenomenal board member! The same with Brown, the former mayor of San Francisco. He’s a great leader.

So, if you alter your thinking a little, you can find exceptional people. I would argue that we increased the standard and quality of leadership by thinking differently.